The NBA kicked off with smiles and hugs as the Cleveland Cavaliers welcomed Boston Celtics. The team that rivaled the Cavaliers and finished top last season. For viewers and fans around the globe this game was not only a rivalry but also a statement that either team had to make to prove and show that they were right or that they traded and received the right player.

It all started during the summer transfer, to be precise towards the ending of the transfer, Kyrie Irving  requested for a trade, which was foreseen by many fans when he was trolling Lebron’s workout with Steph Curry. Few days after trolling him, he requested for a trade and when asked where he would like to end up, he replied that he would love to be anywhere but Cleveland. The point guard also stated that he would like to work on himself, his career as a leader and prove to himself and his fans that he can lead a team. All these statements were thought to be rumors seeing that the Cavaliers despite loosing to Golden state had a wonderful season together. 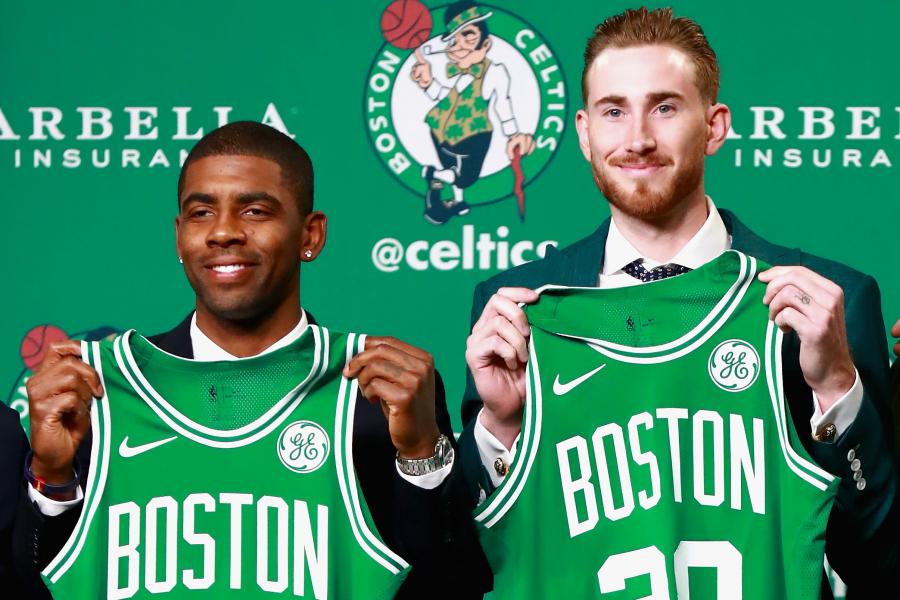 After 2-3 weeks of speculation, a deal was struck between Bolton Celtics and the Cavaliers. Kyrie was traded for Isaiah Thomas, Jae Crowder, Zizic and 2 draft picks, this was after the Celtics signed Gordon Hayward for $128 million free agent contract. This news came as a shock to all NBA players. Isaiah Thomas had  a wonderful season which ended with a spine problem. 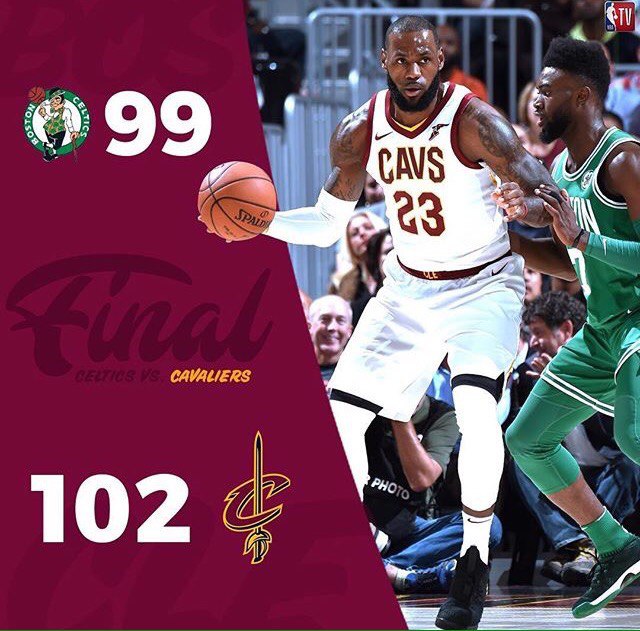 Today LeBron James scored 29 points – 13 in the fourth quarter – in his most extensive action in three weeks because of a sprained left ankle. He also fed Kevin Love for a critical 3-pointer with 46.3 second left to put the Cavs up 102-98.

Irving, who asked to be traded this summer after six seasons in Cleveland, had a chance to tie it with a 3-pointer at the horn but missed. Irving then shared a warm embrace with James, his teammate for three seasons.

Irving finished with 22 points for the Celtics, who overcame an 18-point deficit in the third and led with 2:04 left. Boston’s guard was also called for a technical. 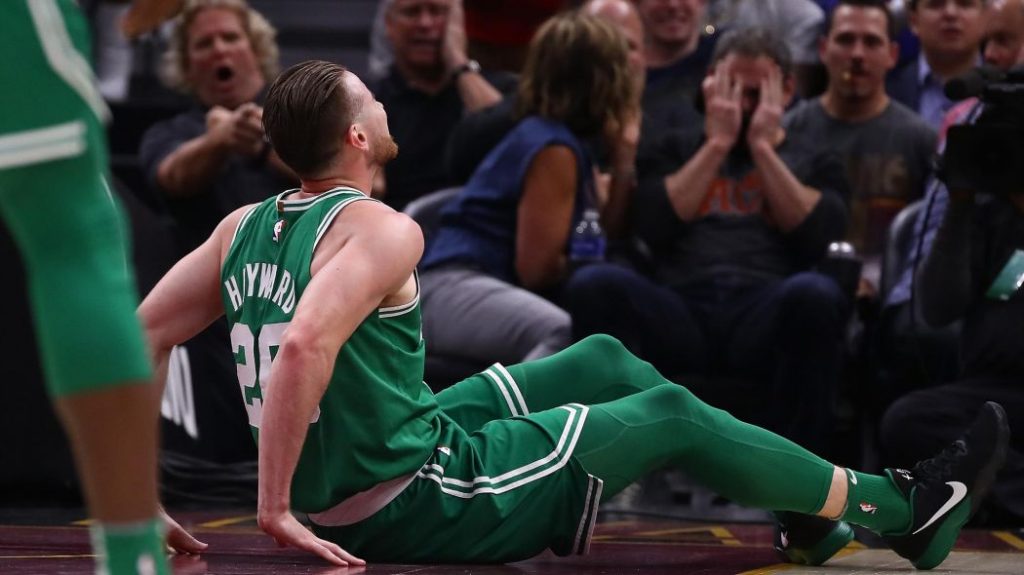 Hayward’s stunning injury changed the tenor of the highly anticipated season opener between two of the league’s best teams, and will likely alter the direction of Boston’s season. Hayward will require surgery and need months to recover.

The Celtics were understandably shaken at halftime, and went to the locker room down 16.

However, they battled back and were still leading 98-97 when James, who only played in one exhibition after spraining his ankle on Sept. 27, spun in the lane and made a layup to put Cleveland up by one. On Boston’s next possession, James cut off Marcus Smart and deflected the ball off the guard’s leg and out of bounds.

James then made a crosscourt pass to a wide-open Love, who drained his 3 to give the Cavs a four-point cushion.

Irving’s free throw made it 102-99, and the Celtics had two late chances but both Jaylen Brown and Irving missed late 3s.

Love had 15 and Derrick Rose 14 in his debut for the Cavs, who are trying to blend new faces and big egos quickly.

After the final horn, James and Irving, who spent part of the summer making subtle jabs at each other following the blockbuster trade, completed their signature handshake and the All-Star point guard greeted several former teammates.

He may still have a ways to go with Cleveland’s crowd, which booed him every time he touched the ball.

Irving heard it from the moment he took the floor as Cleveland fans got their first chance to voice their displeasure toward him for demanding to be traded this summer despite three consecutive trips to the NBA Finals and one title.

But Hayward’s injury took some of the bite out of Cleveland’s crowd, which gave the forward a roaring ovation as he was taken off the floor on a stretcher.

When Hayward went down, Boston’s players huddled in prayer near their bench as a distressed James took a seat on the scorer’s table in disbelief. The injury was a reminder that there are no givens and games, seasons and careers can change in a blink. 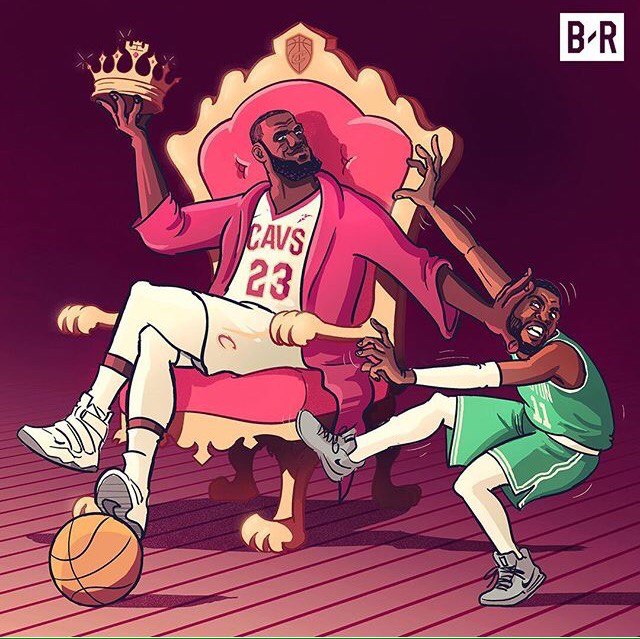 So in other words Lebron showed Kyrie that he is still the king.