There is no stopping Cristiano Ronaldo in 2018. The five-time Ballon d’Or winner had struggled in the first few months of the campaign, particularly in La Liga, but he has been on fire since the turn of the year and that form continued against Girona.

The Portuguese opened the scoring for Real Madrid at the Santiago Bernabeu on Sunday and, after Cristhian Stuani had levelled for the promoted side (who had shocked Los Blancos with a 2-1 win in the return fixture), he added three more in a spectacular second half.

His hat-trick goal, for Madrid’s fourth of the evening, was his 50th career treble for club and country, and his fourth of the night was his 21st goal in this calendar year alone. 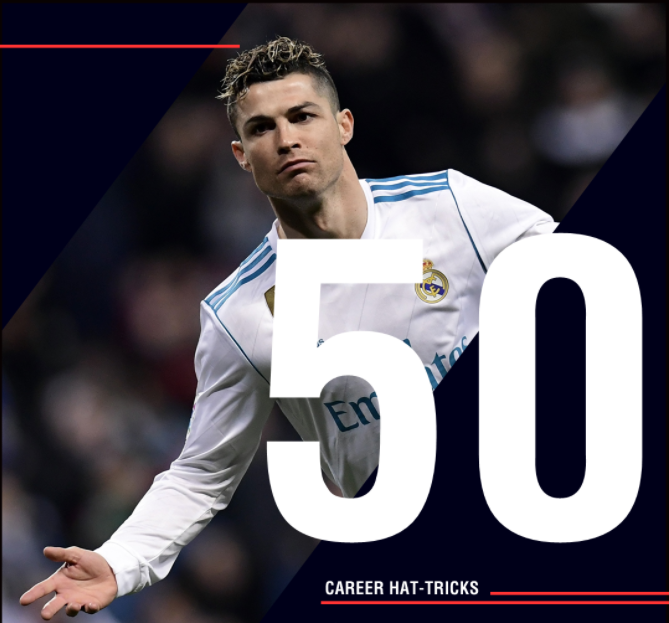 Ronaldo had finished the first half of La Liga with only four goals to his name, but after these four in one match he now has 22 in the Primera Division and 37 in all competitions in the current campaign.

Madrid fans will wish he had started scoring like this earlier on the season. Because although Ronaldo netted nine times in the group stages of the Champions League, his drought in La Liga was one of the reasons Real fell off the pace and now see themselves 15 points behind Barcelona.